Life Cycle of the Butterfly

Butterflies pass through four distinct stages during their life cycle.

The change in appearance between the seemingly different forms during the cycle is so great and remarkable
it is difficult to believe that one can develop (metamorphose) into the other.

Yet during the life cycle of the butterfly the egg (ovum) develops into a caterpillar (larva) which
in turn becomes a pupa (chrysalis) from which subsequently emerges a butterfly (imago).

These series of changes are collectively called metamorphosis. 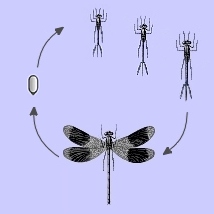 The immature of these species do not resemble the adult.  They may occupy different habitats and feed on different hosts. 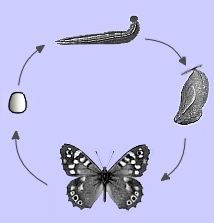